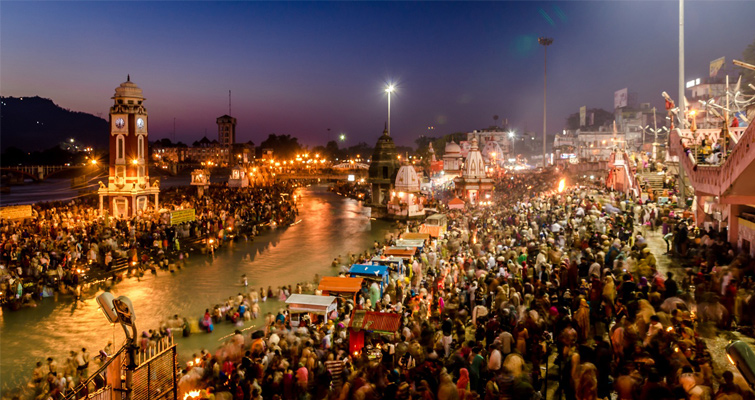 It is believed that before the creation of the world, Brahma Ji (also known as Svayambhu or self-born) did Ashwamegha Yagya here. Along with Brahmeshwara temple, DashwamedhGhat is now present here as a sign of the Yagya. MahaKumbh also provides special importance due to this Yagya. Maha Kumbh and Allahabad are interchangeable with one another. 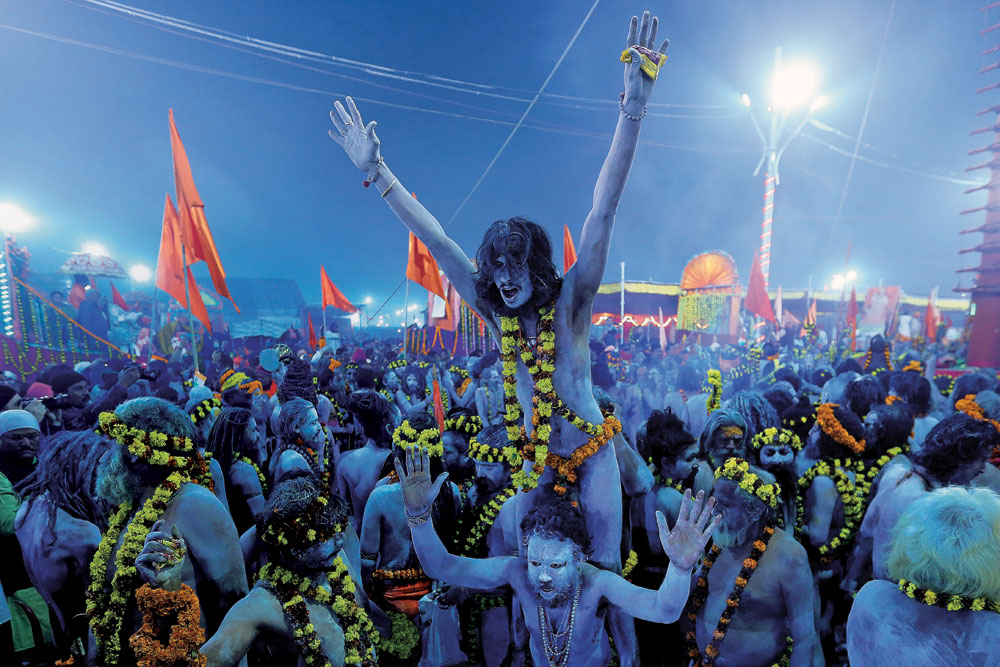 The history of Kumbh Mela is related to the days when the Devtas and the Demons conjointly produced nectar of immortality as depicted by the legends.

Kumbh Mela has its own religious importance which is held every 12 years. No doubt it is the largest gathering of faith in which from the whole of the world people participate and take bathe in the sacred or holy river. But have you ever thought that what is the meaning of Kumbh, why it is celebrated, who started Kumbh Mela, what is the story of Kumbh Mela etc? Let us study through this article.

Know More
According to Hindu mythology, Kumbh Mela is an important and religious festival which is celebrated four times over the course of 12 years. The location of the festival keeps rotating between four pilgrimage sites situated on the banks of the holy rivers. These places are Haridwar on the Ganges in the Uttarakhand, Ujjain on the Shipra river in Madhya Pradesh, Nashik on the Godavari river in Maharashtra and Prayagraj at the confluence of three rivers Ganga, Yamuna and Saraswati in the Uttar Pradesh. Let us tell you that this year Kumbh Mela began from 15 January, 2019 at Prayagraj, Uttar Pradesh and will last till 4 March, 2019. Earlier in 2003-04, the Kumbh Mela was held at Nashik - Trimbakeshwar. 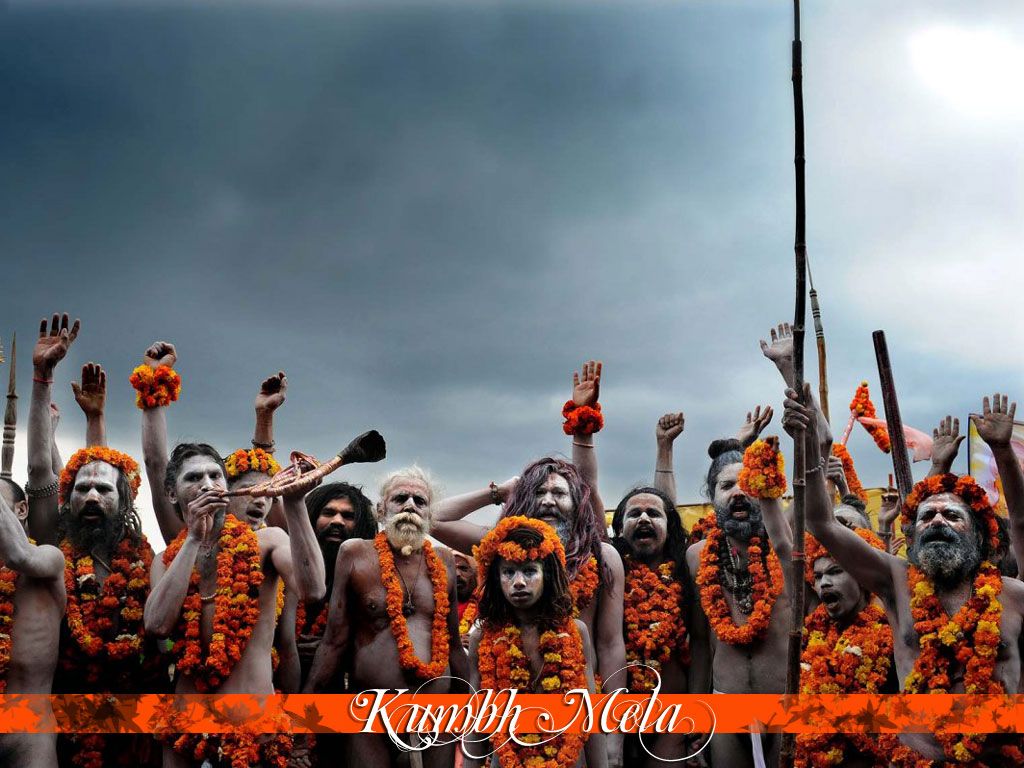 It is correctly said that Kumbh Mela is the world’s largest religious and cultural human gathering. Crores of pilgrims over a course of 48 days take bathe in the holy rivers. Devotees mainly sadhus, sadhvis, ascetics, pilgrims etc. from across the world take part in this Mela.

Kumbh Mela is made up of two words Kumbh and Mela. The name Kumbh is derived from the immortal pot of nectar which the Devtas and the demons fought over as described in ancient Vedic scriptures known as the Puranas. Mela, as we all are familiar, is a Sanskrit word meaning ‘gathering’ or ‘to meet’.

Do you know about 25 amazing facts of Mahabharata

The Devtas forcibly ceased the pot with its safety entrusted onto the four Gods – Brahaspati, Surya, Shani, and Chandra. Thereafter, the demons chased the Devtas for many days. During this time the drops of Kumbh dropped at 4 places Prayagraj, Haridwar, Ujjain, and Nashik. These four places are since then believed to have acquired mystical powers. The fight for the Kumbh i.e. the sacred pitcher between the Gods and demons continued for 12 divine days, which is considered to be as long as 12 years for humans. That is why the Kumbh Mela is celebrated once in 12 years and gathering took place on the above mentioned sacred places or holy sites. It is said that during this period the rivers turned into Amrit and so, several pilgrims from across the world visit the Kumbh Mela to bathe in the essence of purity and immortality.

It is held only in Prayagraj. It comes in every 144 years or after 12 Purna (Complete) Kumbh Mela.

It means Half Kumbh Mela which is held every 6 years in India only at two places i.e. Haridwar and Prayagraj.

Held at four different places and is organised by the state governments. Millions of people participate with spiritual enthusiasm.

It is also known as Mini Kumbh Mela which is held annually and only at Prayagraj. It is organised in the month of Magh according to the Hindu Calendar.

The venue for Kumbh Mela is decided according to the position of the Sun, Moon and Jupiter hold in that period in different zodiac signs.

Since then, Kumbh Mela is celebrated with all the ritual beliefs and people from different aspects gather to celebrate the eve.

Some interesting facts about Kumbh Mela

– Kumbh Mela is the largest religious gatherings in the world which is also known as “World’s largest congregation of religious pilgrims”.

– Amongst the four cities Prayagraj, Nashik, Haridwar and Ujjain, the Kumbh Mela held in Prayagraj is the oldest of all.

– Other activities also took place at the Kumbh Mela with bathing are Pravachan, Kirtan and Maha Prasad.

– No doubt, Kumbh Mela is a major temporary source of earning that gives many people employment.

– In Kumbh Mela, the first bath is lead by the Saints which is known as Shahi Snan of Kumbh and it starts at 3 AM. After the royal bath of the Saint’s common people gets permission to take a bath in the holy river.

– According to Hindu Mythology, it is believed that who take a dip in the holy water of Ganga they are eternally blessed. Not only this, but it also washes the sin and moves them towards the path of salvation.

– The four places or sites of Kumbh Mela is because of the Amrit or an immortal drink that was dropped by Vishnu at these four places.

– The world’s largest gathering Kumbh Mela has been included in the UNESCO’s representative list ‘Intangible Cultural Heritage of Humanity’.

– Kumbh Mela takes place on the dates when the nectar is said to have fallen in the holy river. Every year, the dates are calculated according to the combination of Jupiter, the Sun and the Moon’s zodiac positions.

– Kumbh means ‘nectar’. Kumbh Mela story dates back to the time when gods resided on the earth. They had been weakened by the curse of sage Durvasa and the demons were causing mayhem on the earth.

So, this is the whole story behind the Kumbh Mela and who started it, why and when it is celebrated with some interesting points.

Jupiter takes eleven years, ten months and fourteen days to complete its revolution around sun, so approximately once in twelve years the sun earth and Jupiter align the same way as they were during the great churning. This astronomical alignment in the space causes the water at the four places where the nectar fell on earth to get energized. When one takes a dip in the holy waters during this period of Kumbh it is believed that energies in water can effect a positive change in the mind, body and spirit of human beings, in other words cleanses the life free of the sins. In Hindu culture, the sun and the moon represents human rational mind and intellect, Jupiter known, as guru is the spiritual master. Philosophically when the human mind and intellect are aligned with the guru, the result is the realization of immortality.

Places where the nectar fell on earth happen to be Prayag (Allahabad), Haridwar, Trimbakeshwar-Nashik and Ujjain. Priests at other places have also attempted to boost the status of their tirtha by adapting the Kumbh legends. The places, whose festivals have been claimed as Kumbh Mela, include Varanasi, Vrindavan, Tirumakudal Narsipur Kumbhakonam (Mahamaham) and Rajim (Rajim Kumbh).

The position of the Sun, Moon and Jupiter in different zodiac signs determines the location of the Kumbh in each of the four places.

A SPIRITUAL CONFLUAGE OF RELIGION

Which King started the organization of Kumbh Mela